An informative Seminar & Networking with Sunan Jiang, Minister Counsellor for Science and Technology of Chinese Embassy in the UK

An informative Seminar & Networking with Sunan Jiang, Minister Counsellor for Science and Technology of Chinese Embassy in the UK 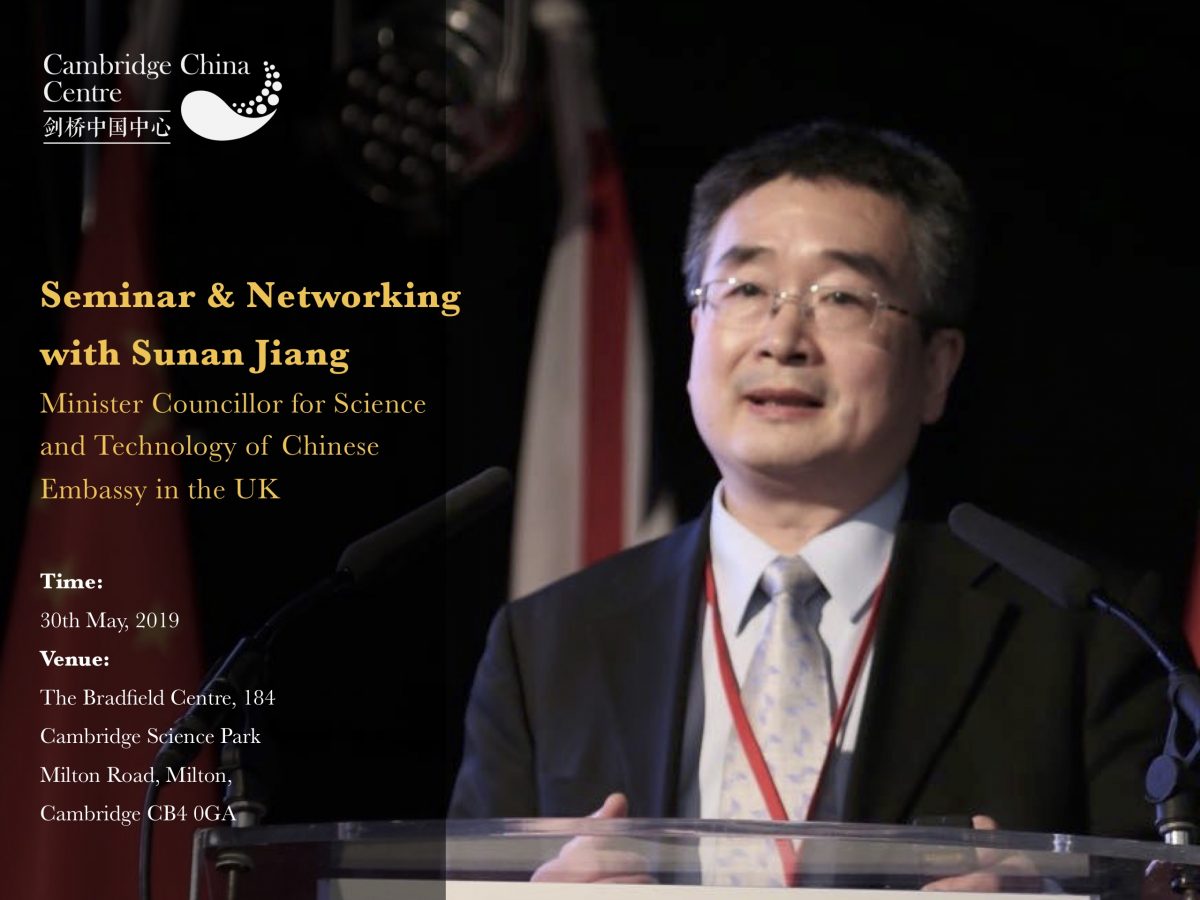 On Thursday the 30th May 2019, Cambridge had a special visit from Jiang Sunan, the Minister Counsellor for Science and Technology of the Chinese Embassy in the UK. Mr Jiang was one of the keynote speakers at the 2018 Cambridge China Forum, and since then, Cambridge China Centre has been asked many times for Mr Jiang to return and speak in greater depth and details.

We were very pleased to be able to organise an extended conversation with the Minister Counsellor at the Bradfield Centre in Cambridge Science Park. The audience was comprised largely of leading technologists from the Cambridge science industries, with additional visitors traveling longer distances from the ‘Golden Triangle’ locations of London and Oxford.

The Minister Counsellor spoke for about an hour on the most recent developments of science and technology in China. Mr Jiang also reminded us of the last forty years of scientific cooperation between China and the UK. 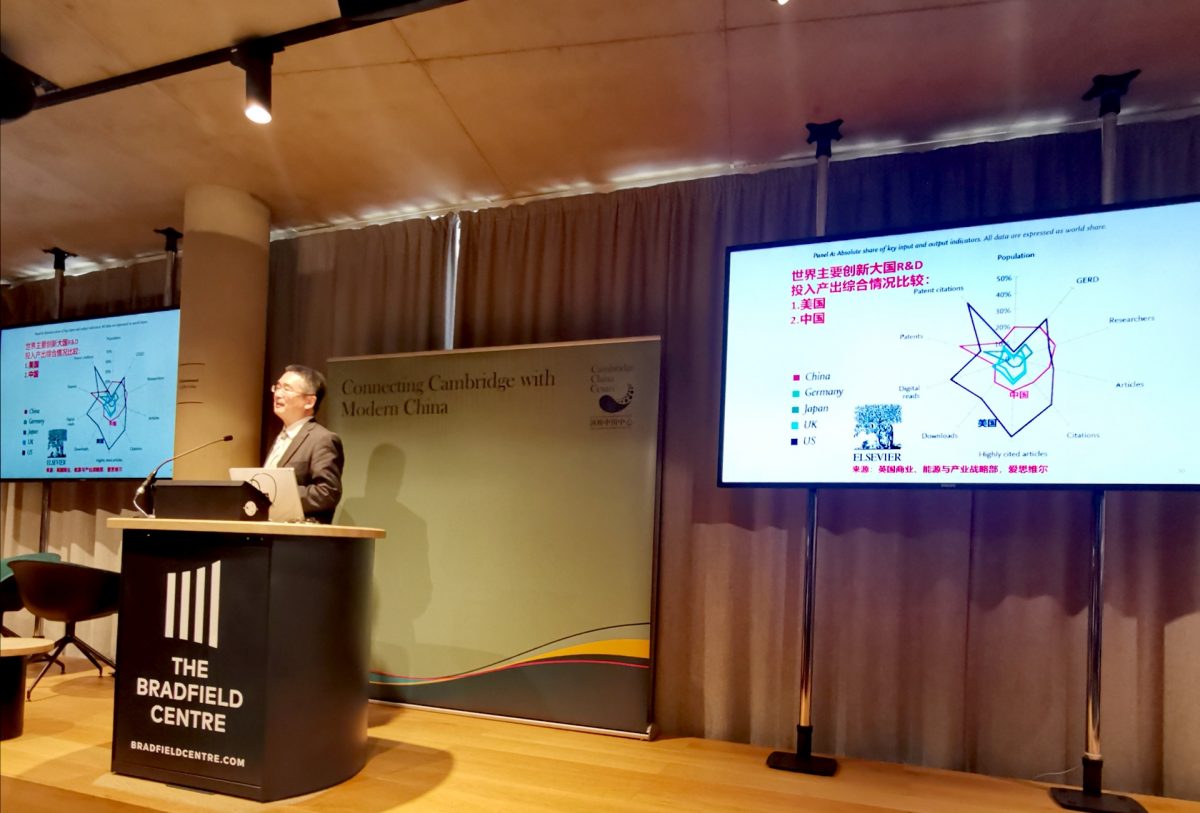 In regard to scientific publications, the audience learned that China is now one of the leading countries in the world in regard to the amount of research and researchers focusing on Science and Technology. Mr Jiang recognised that these developments have not been entirely well-rounded. Some fields of research, particularly Social Sciences, Arts & Humanities, and some areas of Health Care (e.g. Nursing & Psychology) have trailed behind other sciences like Mathematics, Chemistry, Biology and Engineering. Mindful of this imbalance, future strategies in China for encouraging scientific research will further promote the quality and quantity of research in Social Sciences. 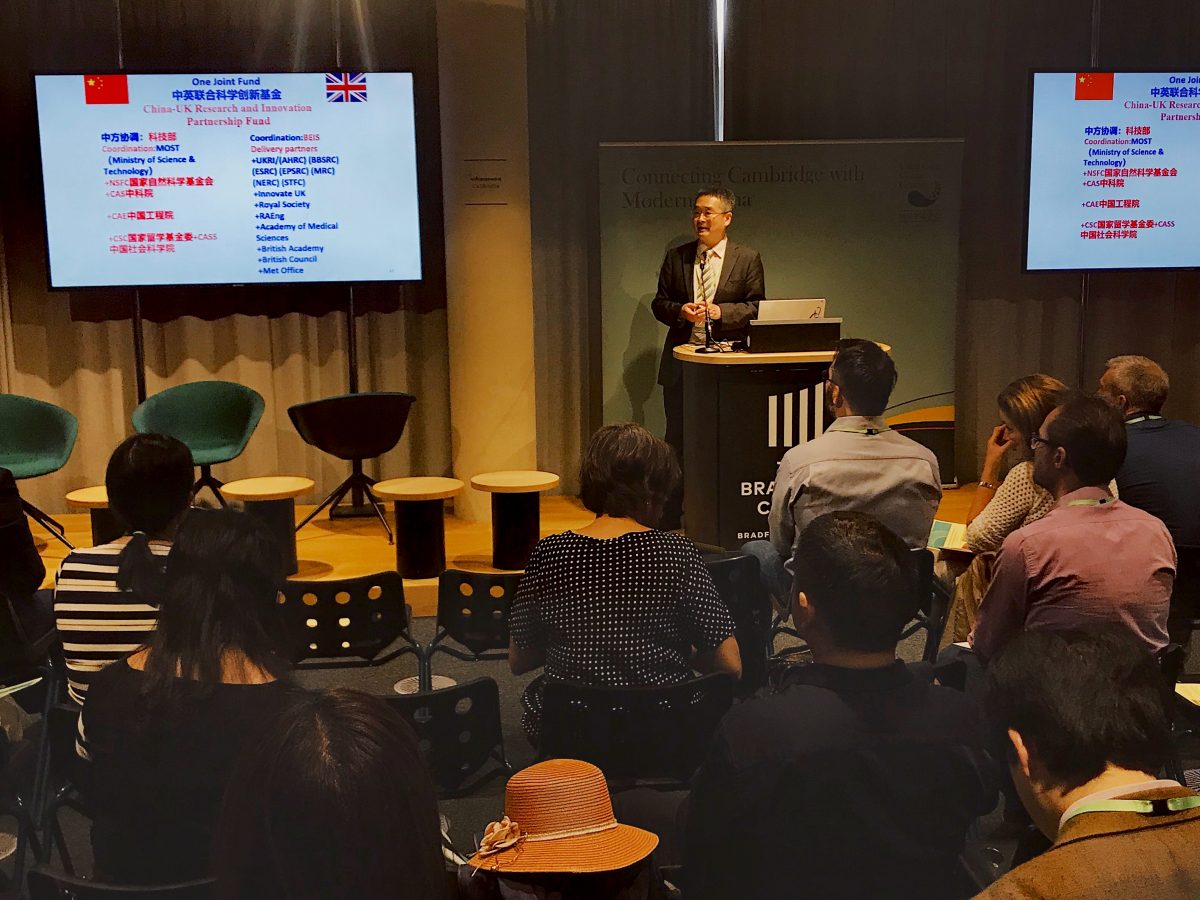 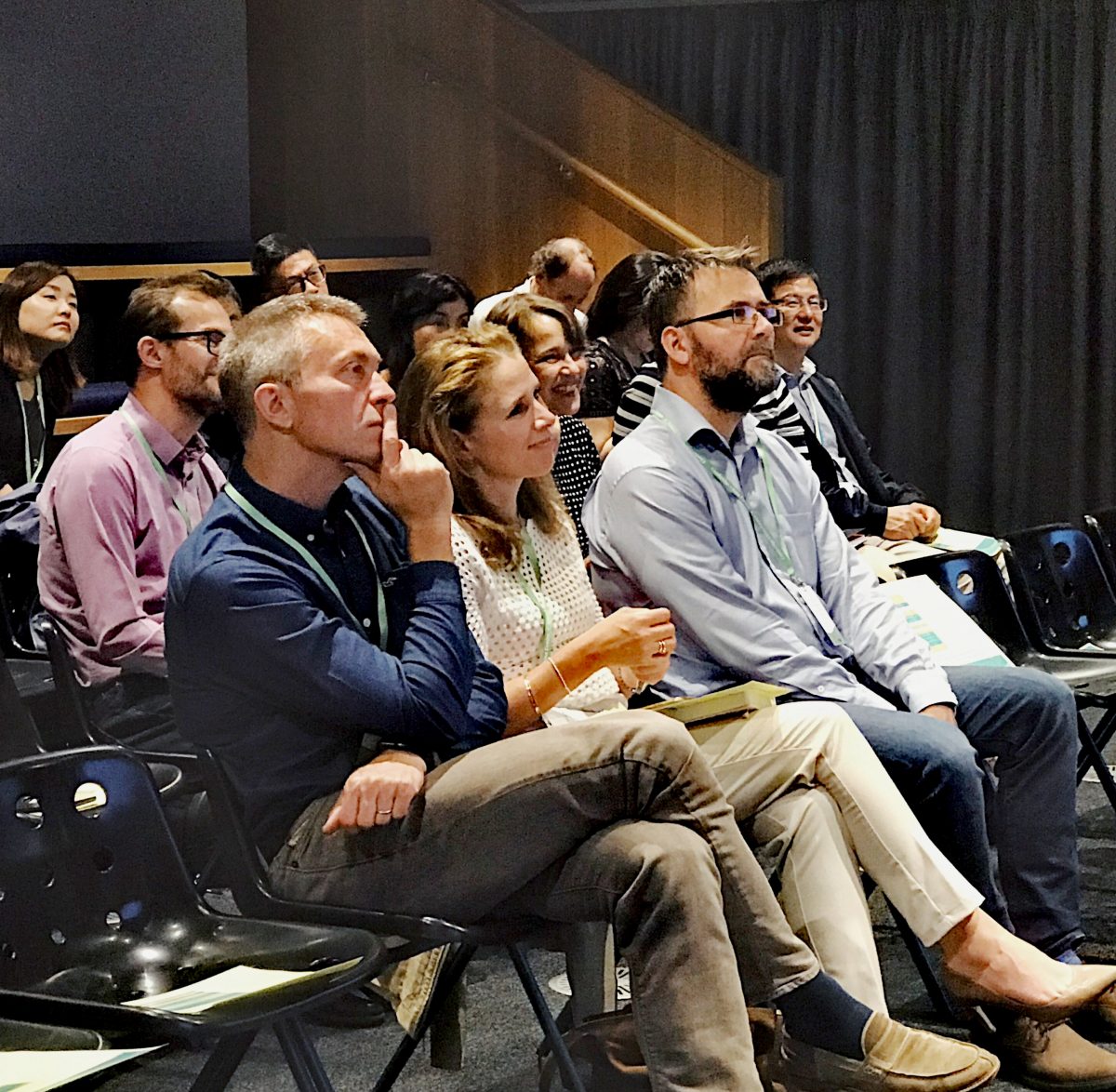 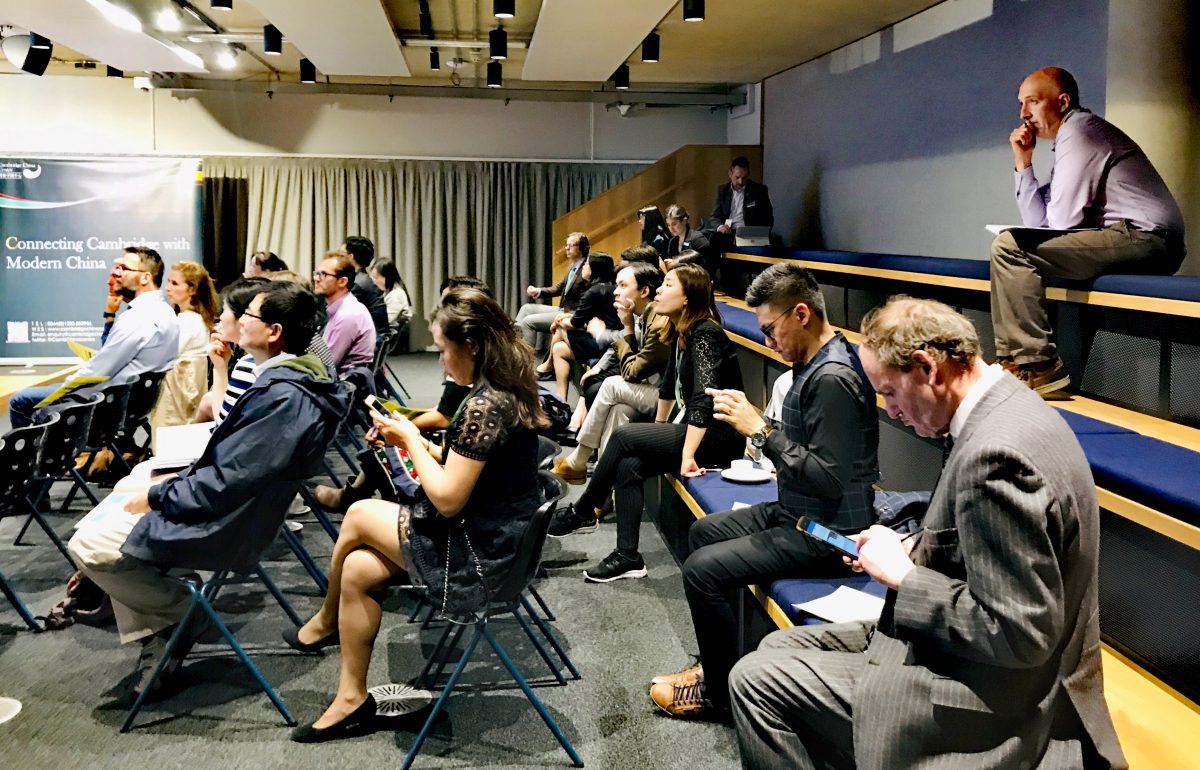 The event ended with a half-hour tea and coffee interval in which the attending technologists were able to network, exchange ideas and speak informally with the Minister Counsellor. 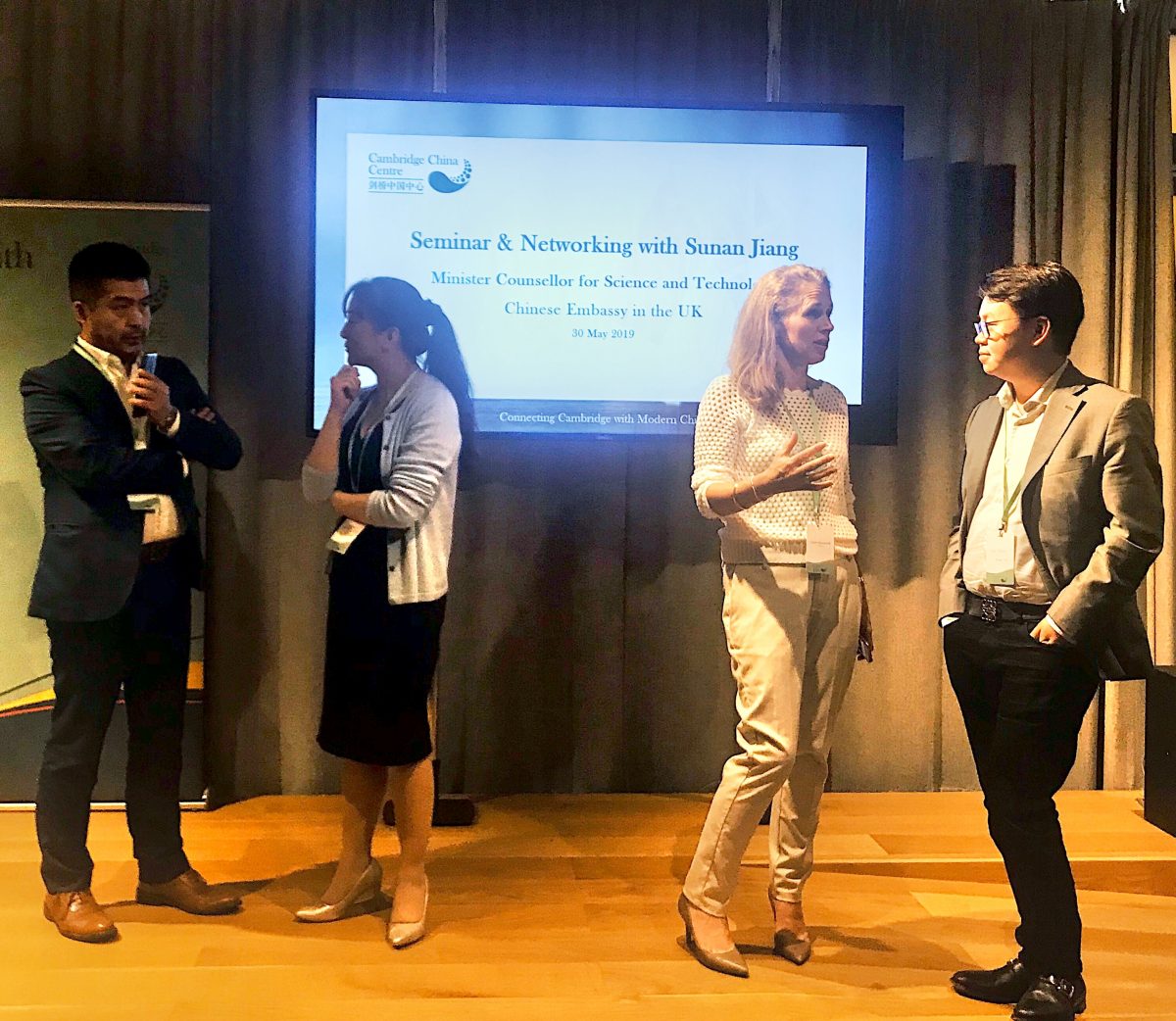 Cambridge China Centre would like to thank the Bradfield Centre for accommodating the event and also the events team for another successful display of organisation and efficiency. We would also like to recognise TusPark UK, our co-organiser of the 2019 Cambridge China Forum, for providing a tour of their facilities at the Science Park to the Minister Counsellor. 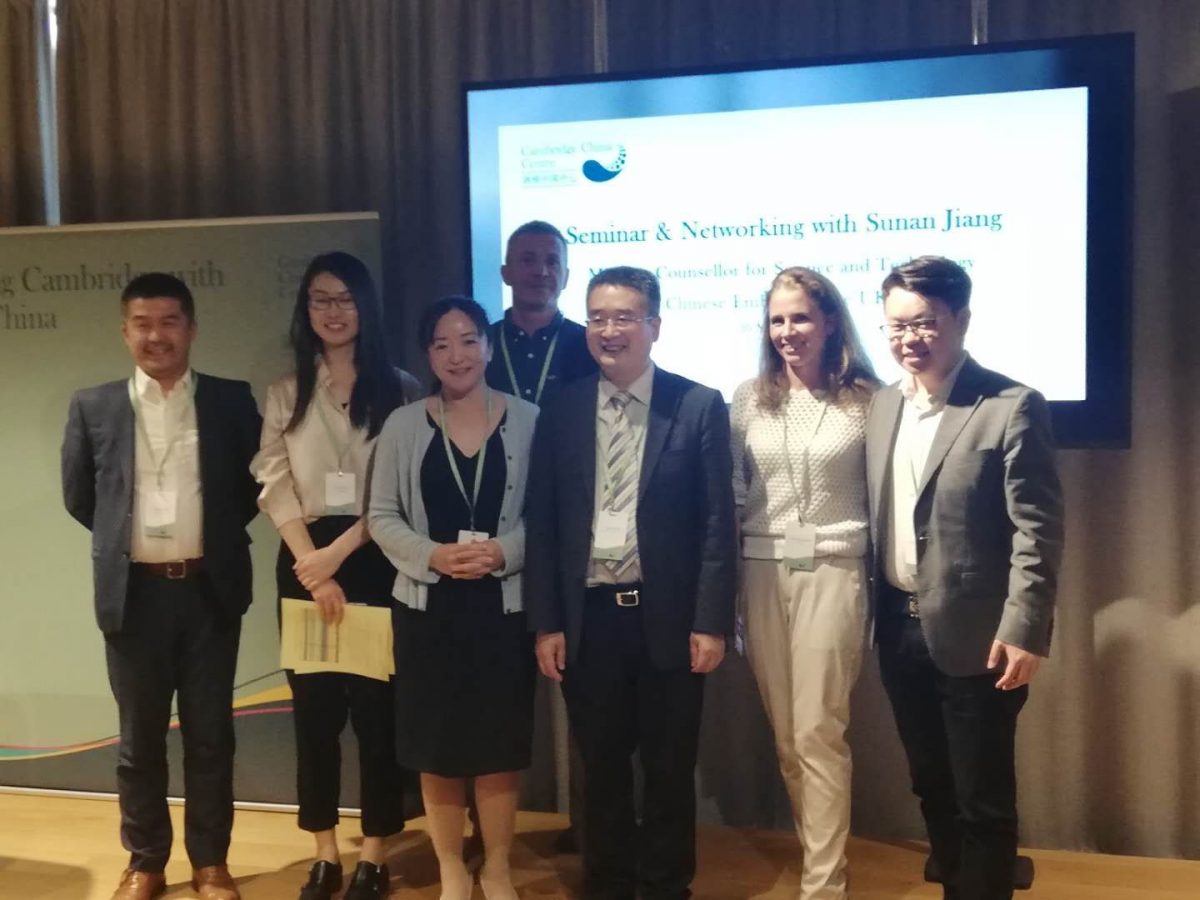